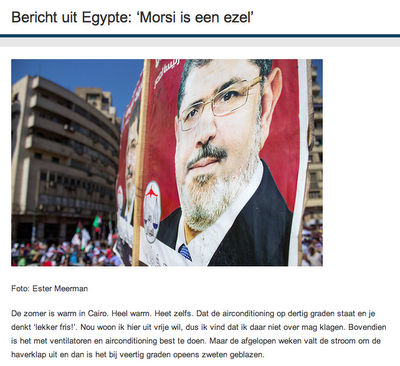 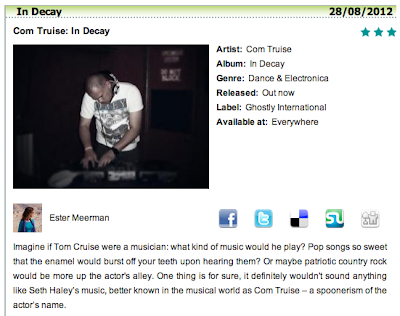 The Kirklees Museums and Galleries in West Yorkshire organised an exhibition on African culture and history and used one of my Egyptian election poster photos. 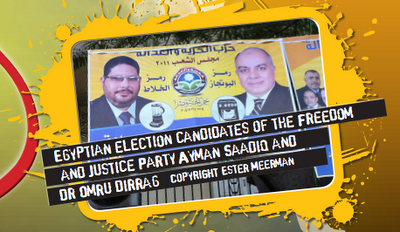 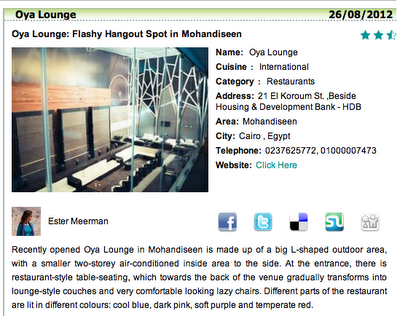 Read it here (DeBuitenlandredactie), or here (DeJaap) (both in Dutch). Today marks the end of Ramadan. Finally! It was an interesting experience, but I'm not sure if I ever want to be in an Islamic country during the holy month again.
Off to the liquor store now! People leave some weird stuff behind when they leave Cairo. And if you happen to be the last one left in the house or apartment you shared with them, all of it is bestowed upon you. Yay!

Saft Al Laban, a poor neighbourhood in Cairo, has been without running water for about six weeks. Previously the residents only got water from their taps between 4am and 6am daily.

Members of the community have been protesting the shortage at the headquarters of the Giza governorate, but so far that hasn't gotten them any water. I spent the past few days in bed, sick as a dog.
Read the full column here (in Dutch).
Geplaatst door acidblind op 09:30 No comments: 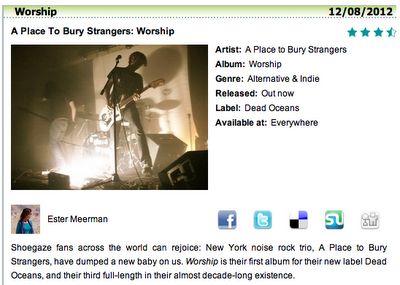 Email ThisBlogThis!Share to TwitterShare to FacebookShare to Pinterest
Labels: a place to bury strangers, cairo360, music

Me against the universe I apparently scared the living daylights out of a few people that are very dear to me with my last post, for which I am sorry.

That wasn't my intention. It was meant to vent my frustration and organise my thoughts, not to make anyone think that I was going to drown myself in the Nile. I know that's what my family history dictates I do, but I've never really gotten along with anyone in my family, so I would never yield to such a cop out.

As an expat you live a very disjointed life no matter what country you're in, but here that seems to be magnified by the culture difference and, for women, the often grim treatment of our half of the human species.

Life in Cairo is life in the fast lane. It's a volatile emotional roller coaster with as many highlights as low points and seemingly no in-betweens. It's manic: when you feel good, you feel extremely good, when you feel down, you go straight to the depts of despair.

When you hit a low, finding someone to talk to is difficult, because we are all on the same ride, and the vast majority of us are having a hard enough time trying to hang onto the wagon ourselves, let alone try and keep somebody else onboard.
Read more »
Geplaatst door acidblind op 08:00 2 comments:

Universe, you win. I give up. I've been trying to 'make it' as a journalist/correspondent/writer/whatever in Cairo for the better part of a year now. I've seen many people find their way in journalism here. Some of them definitely deserved to do so, others not so much.

The Muslim world needs its own Facebook, or so a few IT-dudes from Russia seem to think.
'A virtual model society with halal services', i.e. 'no pornography, and anything inciting terrorist activity or human rights violations'. I don't know about your Facebook, but I never see any of that on there anyway. Pretty sure that's a matter of who you associate with.

'Our aim is to overcome all political, cultural and language barriers.' Maybe afterwards they can also work on achieving world peace, solving world hunger and global poverty and reverse global warming. 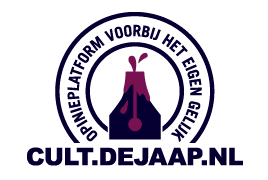 I'm slighty confused as to when these are getting (re-)published, I was under the impression it was on Sundays, but the first of August definitely wasn't a Sunday.

Anyhoo, read it here (in Dutch).

Email ThisBlogThis!Share to TwitterShare to FacebookShare to Pinterest
Labels: dejaap Alexandria June 2012, a set on Flickr.
A few weeks ago we went to Alexandria for the weekend. Took some photos...

Somebody pointed out this Birell commercial as being derogatory towards women. Which it is, but it is also fairly hilarious in a way that I'm sure they didn't mean for it to be.

Again, write about controversial topics and the readers will come. Nudity, atheism and sexual harassment all drew crowds this month.