New review on Cairo360: Queens of the Stone Age 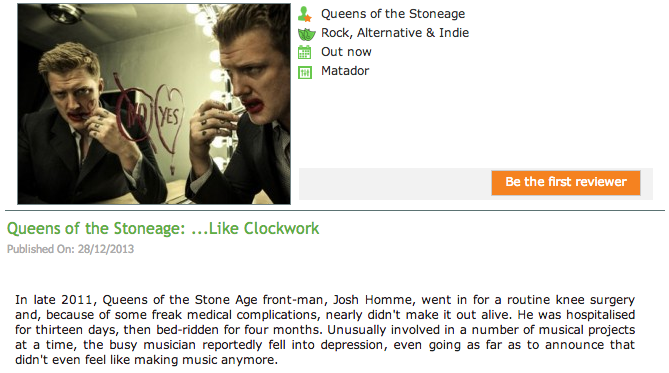 In late 2011, Queens of the Stone Age front-man, Josh Homme, went in for a routine knee surgery and, because of some freak medical complications, nearly didn't make it out alive. He was hospitalised for thirteen days, then bed-ridden for four months. Unusually involved in a number of musical projects at a time, the busy musician reportedly fell into depression, even going as far as to announce that didn't even feel like making music anymore.

One of my pictures in advertisement for German museum

Hey, look! It's one of my pictures being used in an advertising campaign for an exhibition at a museum in Germany :) 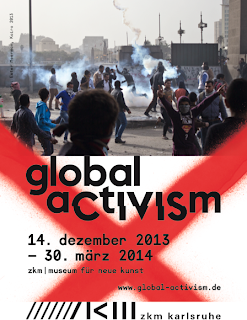 Pictures: what 'getting tear gassed the fuck out of' looks like

Last night there was a march to commemorate the December 16, 2011 clashes that happened at the cabinet building on Asr Al Aini.

After about half an hour or so, the organisers of the protest told the protesters to leave, because it got a little tense. Most of them did. This caused the riot police behind the gates of the cabinet to also retreat a few metres.

About a dozen thug kids, aged 8 - 14, hung on and at one point they started throwing rocks. They also threw some traffic fences on the road, in front of the traffic that was flowing normally. The police then decided they had had enough and responded with one tear gas canister, followed by a sound bomb and then they went slightly nuts on the tear gas and shot about a dozen down the street. In between traffic.

I then tweeted the following, which caused some people to comment on my choice of words, ha ha.

Here's what I mean by 'tear gassed the fuck out of': 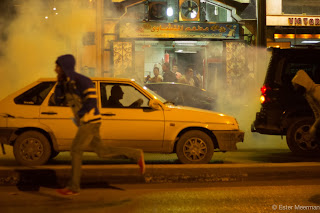 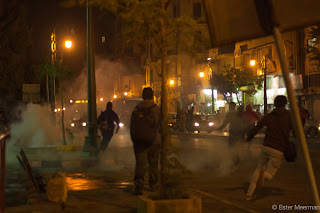 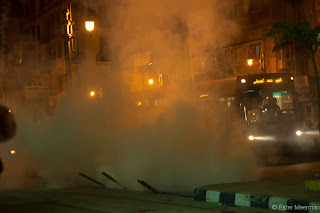 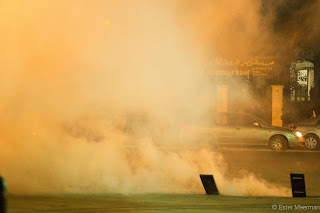 NB: Pics are not very good, as I was busy trying to not get run over by cars and busses speeding off in all directions, away from the gas. They fixed the monument on Tahrir (photos)