This was one of the most amazing concerts I've ever seen (and as most of you know, I've seen many many many live performances). What an amazing voice.

listen to ‘Emel Mathlouthi’ on Audioboo

Here's a crappy video, but the sound is great:

Her album is available on Spotify:

And here's a crappy video I shot myself, it reflects the atmosphere really well, though: 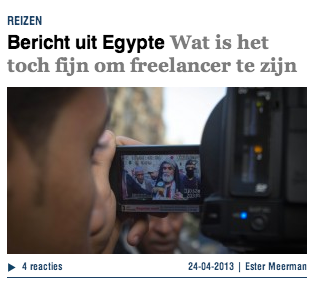 My pics and video of Sadat's wedding linked on the Quietus 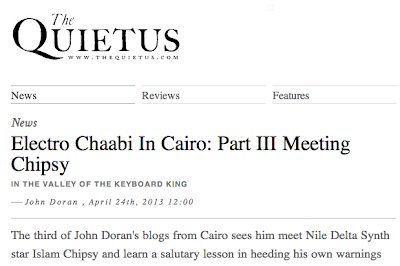 Email ThisBlogThis!Share to TwitterShare to FacebookShare to Pinterest
Labels: the quietus Scroll down for video.

Sadat's wedding at Medinat El Salam, a set on Flickr.

We went to Sadat's wedding last night. Sadat is a famous Egyptian musician, making music that is commonly described as 'shaabi' (for the people), although he prefers to call it 'mahragan' (festival).

Sadat hails from a poor satellite city of Cairo called Medinat El Salam. He hosted a big party there to celebrate his wedding. Everybody was invited and as you can see for yourself in the videos below, it was pretty crazy.
Best. Wedding. Ever.

On the way back we were pretty much blind from all the strobe lights and deaf from the music that was blasting at super loud volume all evening. Crazy crazy crazy. If I ever get married, all these people are invited.
Geplaatst door acidblind op 19:49 No comments:

Random photo of the day (6): A taxi in between clashing protesters Photo taken at the recent clashes in downtown Cairo, on April 19 2013. Anti- and pro-MB protesters are throwing rocks at each other, and somehow a taxi cruises through.
Geplaatst door acidblind op 10:43 No comments: 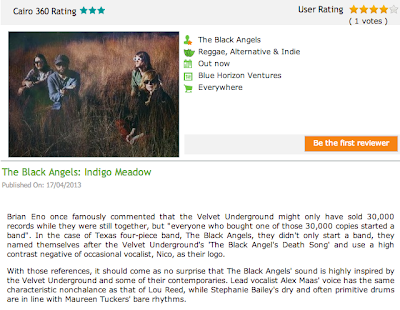 Brian Eno once famously commented that the Velvet Underground might only have sold 30,000 records while they were still together, but "everyone who bought one of those 30,000 copies started a band". In the case of Texas four-piece band, The Black Angels, they didn't only start a band, they named themselves after the Velvet Underground's 'The Black Angel's Death Song' and use a high contrast negative of occasional vocalist, Nico, as their logo.

With those references, it should come as no surprise that The Black Angels' sound is highly inspired by the Velvet Underground and some of their contemporaries. Lead vocalist Alex Maas' voice has the same characteristic nonchalance as that of Lou Reed, while Stephanie Bailey's dry and often primitive drums are in line with Maureen Tuckers' bare rhythms. 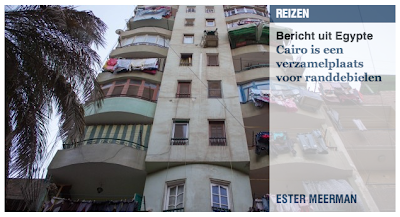 Random photo of the day (4): Two old men at the protest at Muqattam They reminded me of Statler and Waldorf, the grumpy duo from the Muppets, the way they looked at the protest and just shrugged and shook their heads in disagreement.
Geplaatst door acidblind op 10:45 No comments: A typical day in my email inbox

- RE: pitch for <insert name of publication>

1. 'Thank you for your email. We're not interested in this particular idea, but please keep us in mind when you have other stories to sell.'

New music review on Cairo360: Ed Harcourt - Back Into The Woods 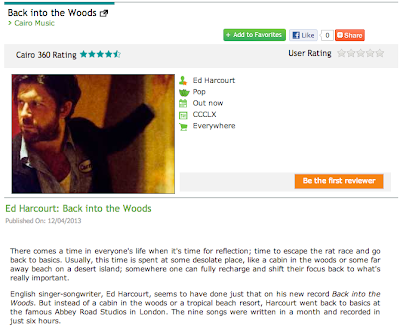 There comes a time in everyone's life when it's time for reflection; time to escape the rat race and go back to basics. Usually, this time is spent at some desolate place, like a cabin in the woods or some far away beach on a desert island; somewhere one can fully recharge and shift their focus back to what's really important.

English singer-songwriter, Ed Harcourt, seems to have done just that on his new record Back into the Woods. But instead of a cabin in the woods or a tropical beach resort, Harcourt went back to basics at the famous Abbey Road Studios in London. The nine songs were written in a month and recorded in just six hours.

The end result is melancholic, but utterly beautiful, in all its naked simplicity. There's a piano, an electric guitar and his wife on the violin, but that is all Harcourt has taken with him to create this record. The use of dubbed vocals on a handful of tracks, and an organ beefing up the bare framework of the song 'Brothers and Sisters', is as frivolous as this album gets.

My neighbours are still renovating their house. Somehow this involves them storing a lot of their belongings on the roof. It's been like this for a few days now. I can't imagine the piles of dust on that mattres... Angry Salafi Man is back! This time with a lot of his friends and even a sheep... 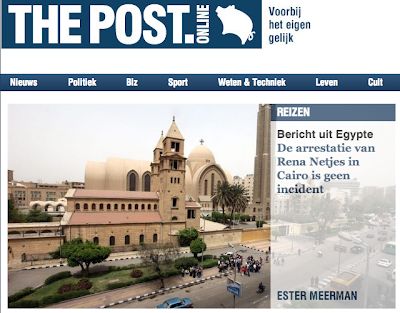 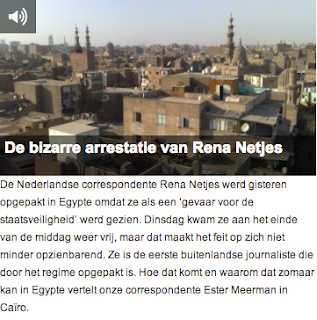 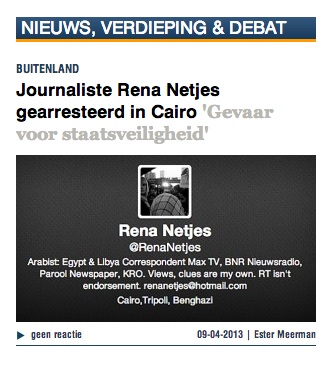 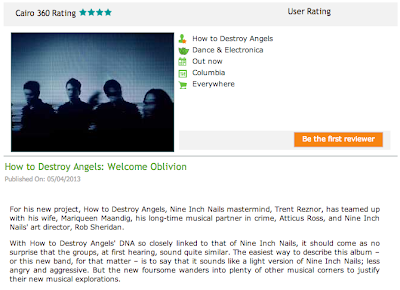 With How to Destroy Angels' DNA so closely linked to that of Nine Inch Nails, it should come as no surprise that the groups, at first hearing, sound quite similar. The easiest way to describe this album – or this new band, for that matter – is to say that it sounds like a light version of Nine Inch Nails; less angry and aggressive. But the new foursome wanders into plenty of other musical corners to justify their new musical explorations. 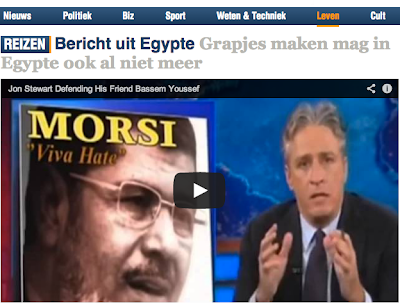 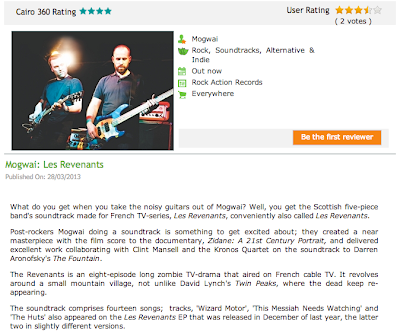 "What do you get when you take the noisy guitars out of Mogwai? Well, you get the Scottish five-piece band's soundtrack made for French TV-series, Les Revenants, conveniently also called Les Revenants.
Post-rockers Mogwai doing a soundtrack is something to get excited about; they created a near masterpiece with the film score to the documentary, Zidane: A 21st Century Portrait, and delivered excellent work collaborating with Clint Mansell and the Kronos Quartet on the soundtrack to Darren Aronofsky's The Fountain.
The Revenants is an eight-episode long zombie TV-drama that aired on French cable TV. It revolves around a small mountain village, not unlike David Lynch's Twin Peaks, where the dead keep re-appearing."