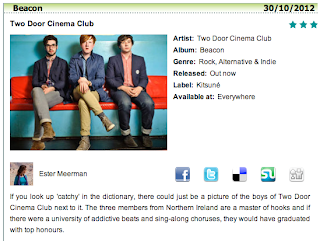 They substituted 'crack' for 'ecstasy pill' and edited out my last sentence, which said something along the lines of 'remember kids, drugs are bad'. Still pretty proud of myself for getting a bunch of drug reference in a music review on a big Egyptian website though. Some more pics of Tahrir 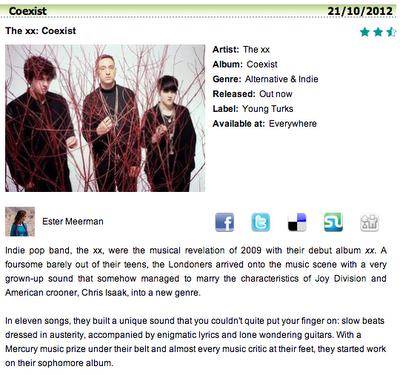 'Indie pop band, the xx, were the musical revelation of 2009 with their debut album xx. A foursome barely out of their teens, the Londoners arrived onto the music scene with a very grown-up sound that somehow managed to marry the characteristics of Joy Division and American crooner, Chris Isaak, into a new genre.
In eleven songs, they built a unique sound that you couldn't quite put your finger on: slow beats dressed in austerity, accompanied by enigmatic lyrics and lone wondering guitars. With a Mercury music prize under their belt and almost every music critic at their feet, they started work on their sophomore album. '

New music review on Cairo360: Minus the Bear - Infinity Overhead 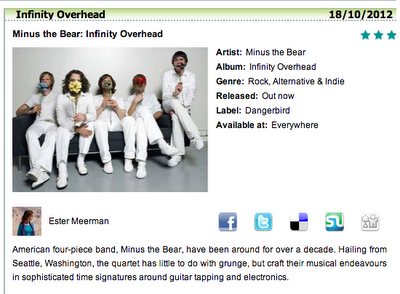 "American four-piece band, Minus the Bear, have been around for over a decade. Hailing from Seattle, Washington, the quartet has little to do with grunge, but craft their musical endeavours in sophisticated time signatures around guitar tapping and electronics.
Infinity Overhead is their fifth album, and the overall adage for it seems to be 'If it ain't broke, don't fix it'. Don't be fooled by the first 20 seconds of album opener ‘Steel And Blood’: the opening riff might sound as if you've just put on a new Metallica album, but then a bright organ and vocalist Jake Snider's light voice kick in and the band takes you into the all familiar land of intelligent and slightly progressive rock."

Email ThisBlogThis!Share to TwitterShare to FacebookShare to Pinterest
Labels: cairo360, minus the bear, music, review 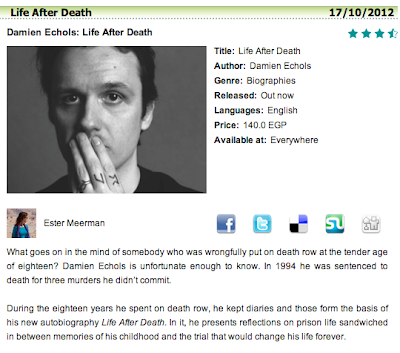 To this:
Read more »
Geplaatst door acidblind op 09:12 No comments:

Email ThisBlogThis!Share to TwitterShare to FacebookShare to Pinterest
Labels: starbucks

Egyptian cheese and an angry panda


"In this collection of commercials for Panda Cheese — a product of Egypt — people who say no to Panda Cheese learn that the decision comes with repercussions. Specifically, an asshole panda shows up and ruins their day."
Geplaatst door acidblind op 09:01 No comments: Trip to Fayoum, a set on Flickr.
Went on a day trip to Fayoum and Tunis. Very nice (and quiet!) places, wonderful to be out of Cairo for the day!
Geplaatst door acidblind op 10:30 No comments: